Noted prison abolitionist Angela Davis delves deeper into these contradictions in her book _Are Prisons Obsolete_? The book explores the history of incarceration, its development in the modern world and suggests alternatives. I summarize some of its main points below.

Statistics indicate men and women of color are charged, arrested, and incarcerated at a higher rates than Whites. This racial disparity also extends to the deaths during legal intervention. While the violent crime rate has decreased between 1992 and 2012, the rate of what law enforcement deems ‘justifiable homicides,’ has continued to increase. 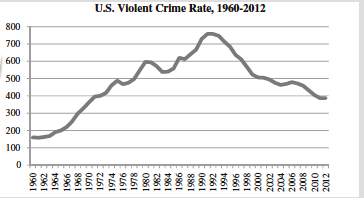 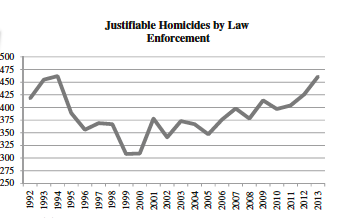 The paradox between law enforcement tactics and actual crime rates didn’t just emerge in the 20th century. While we live in the era of mass incarceration, punishment for crime did not always function this way. Noted prison abolitionist Angela Davis delves deeper into these contradictions in her book Are Prisons Obsolete? The book explores the history of incarceration, its development in the modern world and suggests alternatives. I summarize some of its main points below.

The History of Incarceration

Before the development of prisons, crimes were punished through physical means. Remember the way Nate Stark gets offed in Game of Thrones? In colonial Europe this type of punishment would have been standard for some crimes prior to the formation of the penitentiary. In general punishment for crimes involved some level of torture including searing someone’s flesh with hot iron, pouring hot oil on skin, or even going so far as to burn someone alive if they committed sodomy, heresy, or treason.

If the graphic description above made your skin crawl, you’re not alone. Prison reformers at the time desired to put an end to these violent tactics when they suggested the use of the penitentiary. People like John Howard and Benjamin Rush argued these tactics were actually just for public spectacle and penance for a crime should be done in private.

Imprisonment as a replacement for corporal punishment did not immediately occur as some other forms of punishment were beneficial to colonial enterprises. According to Davis, other modes of punishment included forced labor, repossession, and punitive transportation, which formed the basis of the colonization of Australia and the state of Georgia.

The newly formed United States took on prison reform during the 18th and 19th century primarily as a means to distance themselves from former English dominion. As Western nations expanded their reach through colonialism, imprisonment became a convenient tool to subdue African and Asian people.

Soon imprisonment became the norm and with this norm came the development of new ways to imprison people. Reformers acted on the belief that penitentiaries could rehabilitate offenders through productive labor.
Have you ever seen prisons where a tall guard tower looms over a fenced in area? This design for prisons comes from philosopher Jeremy Bentham who proposed this model in some of his essays written between 1787 and 1791. He argued prisoners needed constant surveillance in order to be reformed. John Howard, mentioned previously, helped lay the foundation for solitary confinement.

Even back then, people like Charles Dickens considered this form of punishment a potential gateway to mental health issues. Nevertheless, the ideas of these reformers were combined to justify the expansion of penitentiaries across the United States. In 1983, a significant shift in imprisonment occurred due to a riot at a federal prison in Marion, Illinois. In response, law enforcement put the penitentiary on 23 hour lockdown and the “super-maximum” security prison was born.

The Problem with Imprisonment: The Prison Industrial Complex

Angela Davis makes a poignant point in _Are Prisons Obsolete_ about the compatibility of these tactics in the modern world:

It is thus important to grasp the fact that the prison as we know it today did not make its appearance on the historical stage as the superior form of punishment for all times. It was simply—though we should not underestimate the complexity of this process—what made most sense at a particular moment in history. We should therefore question whether a system that was intimately related to a particular set of historical circumstances that prevailed during the eighteenth and nineteenth centuries can lay absolute claim on the twenty-first century

Since incarceration started during the colonial era, it has maintained its function as a means to subjugate people of color. Yet another, aspect of the continued growth of incarceration is the prison industrial complex. This term refers to the interrelationship among ideology about imprisonment, the development of structures to facilitate imprisonment, and the profit gained from it.

The same ideology that linked labor to imprisonment persists to justify the use of prison labor today. For instance, Whole Foods recently divested from a cheesemaker that used prison labor for $.66 a day to milk goats. Students at various universities across the US have protested the relationship between their institutions and the private prison industry.

While the origins of the prison industrial complex stem back to American and European reformers, the growth of the prison industry has expanded into the Global South as well. This increasing militarization of law enforcement worldwide stands to benefit Western multinational corporations the most.

Why We Need Alternatives

Imprisonment came about as an alternative to torture. Mass incarceration came about as a profit motive became attached to the development of the penitentiary system. While antiprison abolitionists like Angela Davis have always existed, this particular movement grew in response to the rise of the prison industrial complex.

In her book, Davis proposes a number of alternatives:
– The demilitarization of schools
– The revitalization of accessible education for all age groups
– The formation of free physical and mental healthcare for all
– The development of a justice system based on reparation and reconciliation
–
Some places within the U.S. are already practicing alternatives to incarceration, most notably restorative justice. These programs make an effort to humanize offenders, providing reasonable solutions for rehabilitation other than hard labor. For instance, inmates at the Maryland Correctional Training Center participated in a pets program. Animals recovered across the region are taken to be trained by inmates so that they might later be adopted. Inmates are even able to adopt cats upon release.

Another program that offers an alternative to probation is Hawaii’s Opportunity Probation with Enforcement (HOPE). Begun in 2004, this program takes a swift approach to reducing drug use and recidivism for substance abusers. Rather than allowing people to get caught in the system in the event of probation violation, this program keeps offenders on track with a community-based support system. People in this program were less likely to get arrested, skip probation meetings, use drugs or have their probation revoked according to a fact sheet by the Office of National Drug Control Policy.

The end of mass incarceration has to come about in one way or another. The programs described above reveal that the vision laid forth in Angela Davis book is attainable.